The midwives, however, feared God and did not do what the king of Egypt had told them to do; they let the boys live. Exodus 1:17

Governments and most leaders and organizations demand loyalty and obedience. When a ruling is made, it is expected to be followed without question.

The leaders with the most authority and ability to punish are often the most obeyed. People will obey them, regardless of what they are told to do, because they fear the punishment that can occur. Many will even do things that go against their personal convictions or beliefs out of fear of the leader.

The Israelites had grown to a great number in Egypt and Pharaoh wanted them dead, so ordered the midwives to kill the newborn boys. The midwives had more fear of God than of Pharaoh, so they let the boys live.

There will be times when a leader on this earth will ask people to do things that are against God’s commands. Sometimes they are very direct and openly against God, while other times they are shadier things against God. Often, the rulings are done in the name of ‘love’, though it is harmful and sin.

People are commanded to not talk negatively about homosexuality, or to allow abortion because those are freedoms that people have. Speaking in such a way is hatred and fearing the world, rather than fearing God. It is pushing people to their death in sin.

Any person who has a close relationship with God will fear God more than any man or government. The world can only make life hard and kill the body, but God can destroy the body and soul for eternity.

Every believer must make a choice to whether he will fear and trust God or if he will fear man and bow to sin and death.

No matter where you live, there will be times when the world will call on you to sin against God. Rules will be made to get you to reject God’s commands. This may be in your nation, city, job, or even in your own home.

Who will you fear more?

I urge, then, first of all, that petitions, prayers, intercession, and thanksgiving be made for all people–for kings and all those in authority, that we may live peaceful and quiet lives in all godliness and holiness. 1 Timothy 2:1-2

While the world is always talking about wanting peace, it is a peace that allows everyone to do whatever he wants to do. The world does not have a rock solid standard of how to live life, it is up to each individual and each situation.

When everyone is living by his own standards, there can be no real peace.

Paul encourages that all types of prayer be made for everyone, especially kings and those in authority. The purpose of the prayer is so that they may live peacefully in all godliness and holiness.

Most people in the church desire peace across the world and will pray for it on a regular basis. Some will pray for the leaders of their nations and lower level governmental officials.

However, just like the world, they pray for it so that they can live as they want, not necessarily as God wants them to live.

Many churches have peace with the world, because they are living as the world does–in sin. The standards of godliness and holiness are often put to the side, causing the church to look and act like the world does.

Jesus did not come to remove sins so that one could sin more, but so that he could live a godly and holy life as a witness to this dark and dying world. Every believer is to live a life that is separate from the world.

Prayer and thanksgiving must be made for every leader, so that the believer may be able to live a godly and holy life in peace.

Each and every day take time to pray and give thanks for those who are leaders over you from the workplace all the way up to national leaders. Pray that God will work in their lives in such a way that they allow you to live a godly and holy life.

Then, instead of living like the world in sin, live as Jesus did–in godliness and holiness in everything you think, say and do. Turn away from all sin to God. This is what will please God and why Jesus died and rose again for you. 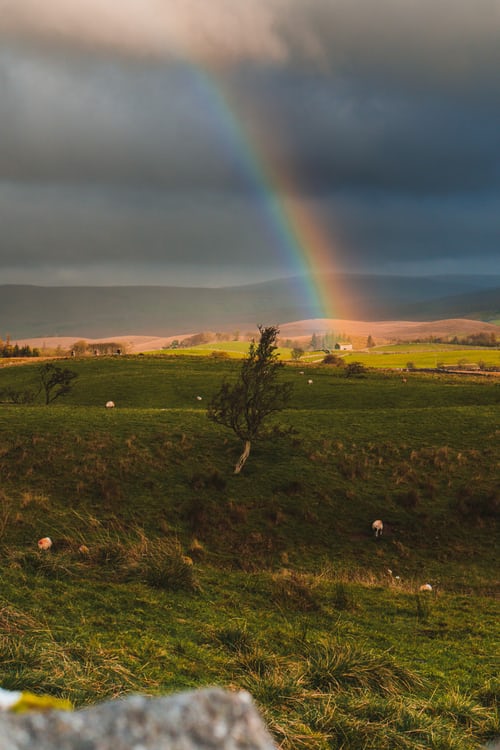 You, Lord, reign forever; your throne endures from generation to generation. Lamentations 5:19

Leaders come and go throughout the history of every nation upon this earth. Some are great leaders, others are horrible leaders. Some last a long time in leadership, while others are leaders for a very short time.

The reign of power for each leader is different. Some have absolute power over their group of people, while others are given limited powers.

The one common factor of all the leaders that have ever been upon this earth is that none of them have lasted forever. Every one is either removed or dies. Their reign of power comes to an end.

Jeremiah ends his lamentations over the destruction of Israel with claiming that God reigns forever. Even as Israel is in captivity and under destruction Jeremiah recognizes that God does actually reign over all the earth and is in control.

During times that there is a harsh or bad leader, one often begins to wonder when his leadership will come to an end. Some believers sometimes begin to question God’s reign over the world and His choice for allowing a bad leader to get into position.

Everything that occurs upon this earth happens under God’s allowance. God raises up and destroys leaders. In in power and authority, God uses every situation for His purpose in the lives of those who love and follow Him. God uses bad leaders to sometimes crush a group of people, other times to wake His people up and move them around.

Believers must always remember and know that God is the reigning authority over all the earth. No one or anything can do anything without His permission. This is why the believer must put total trust in God and in God alone, allowing Him to reign in his personal life and world.

As you look at the chaos in this world and the troubles that is occurring, you may wonder about God’s sovereign reign upon this earth. You may wonder why things are allowed or not dealt with by God.

Never forget that God’s ways are above your ways and He uses every leader. God is still in absolute control of what looks like utter chaos upon this earth. In times of turmoil and trouble, God is still in control, reigning with full authority from His throne.

Allow God to reign in your own life and give Him praise that He does actually reign with full authority and power. 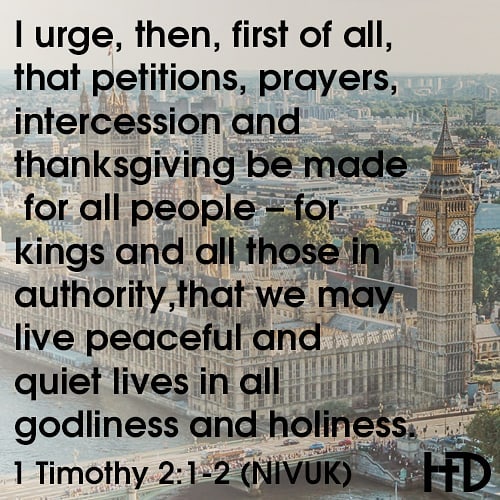 Jesus was getting near the end of His ministry. He had been telling the disciples that He would be killed. Now He comes riding into the city, sitting on donkey’s foal. This was to fulfill a prophecy made by Zechariah.

Kings, leaders, presidents and others in high authority are known for arriving with a lot of pomp and circumstance. There is always a lot of fanfare going on to bring in someone of high leadership.

When the President of the United States arrives at a building where he is going to speak, he arrives with a great fanfare and group of people. There are multiple vehicles in front and behind him. When he walks out into a room, there is always some music playing, people rise up for him, and He is announced.

The same goes for famous celebrities. There is a lot of pictures being taken. They arrive in a large limousine. There is flashing of jewelry and expensive clothing. It is a show of pride and luxury, with no sign of humility.

In many countries, when their leader arrives, there is also a great show of their military power. Soldiers, weapons, and military equipment go before the leader to show who is in control and has the power.

Jesus did not do any of this. He came in riding on a baby donkey. In the biblical times, a king would arrive on a horse showing great power. Jesus did not show any of that, even though He had more power than all the kings on the earth combined. He created the earth and all who are in it.

The purpose of His riding in that way, was to show love and compassion. He is a king who can understand where people are, so He comes in humility. Most people do not have the grand horse to ride on, but just have the donkey.

Even today, Jesus comes to you in love and compassion. He does have the power, but will not show a force of threat to get you to follow Him. Jesus wants you to want to follow Him. He understands where you are and is there for you. He is not untouchable.

Do not fear your king. He is gentle.

Adventuring Into Life With Jesus