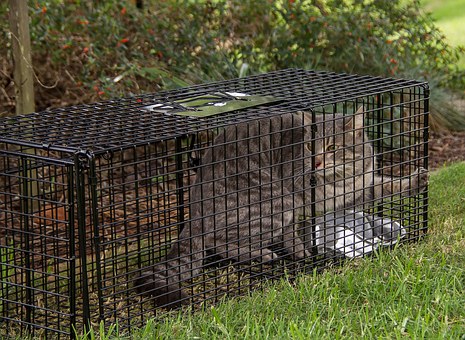 My eyes are ever on the Lord, for only he will release my feet from the snare. Psalm 25:15

When there is a hurricane coming in towards land, most people are focused upon that hurricane, wanting to know where it will hit and how strong it will hit. As they are watching it, they begin to prepare for the strike of that hurricane. All the ‘small’ things in life suddenly take a back burner and are no longer a real concern. Many feel as if they are trapped with no where to go and are just waiting out the destruction.

During times of crisis, people are focused on self preservation. They are seeking ways to survive what is going on and how to get through it.

David had went through many different storms in his life that were set out to destroy him. Men were out to take his life and strived to set up a trap to capture him. Yet, he kept his eyes focused on God, knowing that it was only God who could get him released from the trap set to capture him.

Today the Satan and the world are out to trap the believer. Attacks are set up to destroy him. The problems that a person may encounter appear to be all around, snaring his feet and holding him down. The trap is an attempt to get the believer to deny God and fall into sin.

While it is easy to focus the eyes upon that trap and problems, the believer must focus his eyes and attention upon God, the only one who can release him. God has made a way out of every temptation. He has a path for every believer to make it through the storm or a way to get out of the storm.

To know those paths, one must have his eyes focused upon God and His word alone.

During the times of temptation or struggles that come your way, focus your eyes, all your attention upon God. Do not allow the trap in your path distract you from God.

God will fill you with His Holy Spirit to guide you and get you released from the trap set to destroy you. He is the only One who can overcome what is set up against you. Put your trust in Him alone and see His hand at work in your life.

Where are your eyes focused today?