He said to them, “How foolish you are, and how slow to believe all that the prophets have spoken!” Luke 24:25

Belief in something that someone cannot see is often difficult for many people. There are so many different fake stories out in the media that many people struggle to know what to believe or not.

In the process of wading through what is false, many will throw out things that are true, or they will seriously doubt the truth when it is presented. Many have rejected truth no matter how clear it is shown to them to be truth.

After Jesus had risen from the dead, He talked with some men who were sad about His death. He told them that they were being foolish and slow for not believing what the prophets had spoken.

While many believers have heard and know the prophecies and promises of God, they are often very slow to believe in them. During times of trouble or a bad situation, many start to fear or get depressed because of what is happening. They have chosen to not remember or believe what God had said.

As one looks at all the prophecies in the Old Testament and realize how many have come true, it is not difficult to know that the rest will also come true and the God’s promises will be fulfilled.

To think or choose otherwise is being foolish. It is to call God a liar or to deny Him. Either God’s word is completely true or it is completely false.

Each and every time you are going through a struggle, you have a choice to make. You can either believe God’s word that was spoken or not believe it.

Take time to read through the bible and see all the prophecies and promises made that had come true. Now realize that if those were true then, they are still true today for you.

Do not allow yourself to be depressed when things appear to be failing. Although Jesus died, He also rose again. Although God allows troubles to occur, He will save you in the end. Don’t be foolish in not believing.

Surely the Sovereign Lord does nothing without revealing his plan to his servants the prophets. Amos 3:7

Great leaders will always share what their vision is with those whom they are leading. They do not keep their plans hidden from those under them, because they need the people to be able to follow. If there is no revealed plan or vision, then there is nothing to follow.

Some leaders do not feel confident enough in their abilities to the point that they will not reveal what is in the planning. As this occurs, people will fall away and follow others. People love a person who will actually lead them.

Amos tells the people to realize that God will never do anything without revealing His plans.

God’s great love wants every person to love and follow Him. He does not want anyone to be punished or destroyed. In this God had revealed the first coming of Jesus to the people. He had revealed His plan of salvation for all people, everywhere.

Along with revealing His plan for salvation, God has also revealed what will happen when one does not accept Jesus, the punishment and judgement.

In order for a person to know what God is going to do, all he has to do is read the Bible, pray and listen to God’s Holy Spirit guiding Him. The Holy Spirit will give a person the needed discernment as to what God is doing and what He is going to do. Every believer has access to this knowledge, not just special people–pastors or prophets. His Spirit is poured out upon everyone.

Allow yourself to hear what God is doing and going to do. Read and study the bible every day. Pray in the Holy Spirit, being willing to listen and obey what God is saying.

We have not listened to your servants the prophets, who spoke in your name to our kings, our princes and our ancestors, and to all the people of the land. Daniel 9:6

Warnings, directions and guidance are given all the time by different people and for different situations. Some of these are to guide people in doing things better or in a safer manner. Other things are given as a warning to prevent problems from occurring.

Often the guidance given is ignored. People think that they can do it themselves with no guidance, can do it better, or are above needing help. They do not see the guidance as necessary and strive to do it alone in their own way. In doing so failure is often a result.

God is still in the business of given warnings and direction. He strives to guide everyone in the best way to live on this earth. He does not desire to bring about judgement or punishment upon anyone, but to pour out abundant life.

Men have been used by God to warn of how people in the church are living to please self and this world. God is patient, but there will come a time of judgement upon the lands and people because of sin and the refusal to listen and obey God.

Believers need to be willing to confess the sins of their nation and seek God’s mercy upon all people. Everyone is part of the guilt of a nation for refusing to obey and follow God. Confession must come so that God can forgive and heal.

Regardless of what nation you live in, there are sins that your nation has committed against God. Some of those sins you may have been a part of. Others you may not have been a part of, but had allowed because you did not fully obey God in being His witness every time He opened the door for you.

Confess your sins and those of your nation and this world. Seek God’s great love and mercy for your own life and for the lives of those around you. Begin to listen to what God is saying through His word and His prophets. 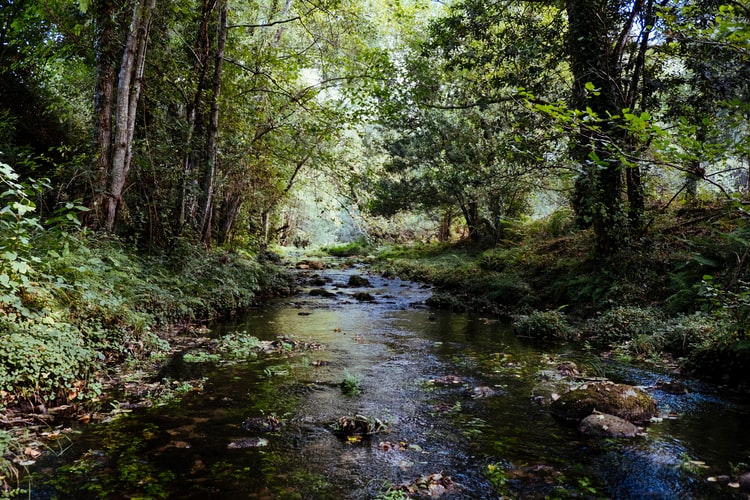 And though the Lord has sent all his servants the prophets to you again and again, you have not listened or paid any attention. Jeremiah 25:4

Everyday as a person drives down the road he can see signs that tell him the speed limit and to not drink alcohol and drive. Yet, many refuse to listen to those signs and warnings and will do both.

Many feel that they are exempt from those laws or that they can drive better than anyone else. They drink and drive, then many will cause accidents and even death because they had refused to listen to what was told to them. They chose, rather, to do their own thing.

Jeremiah accuses the people of Israel of refusing to listen to God. They had been sent many warnings by different prophets, yet they would not listen to what was being said.

Every prophet that was sent to the Israelites were sent to people today, along with new servants with the same message. The message has been the same since God kicked Adam and Eve out of the garden of Eden–follow and obey God.

Just as it was with the Israelites during Jeremiah’s time, people do not listen or pay attention to the message. God is still telling people to not follow false gods, to turn away from all sin, to live a holy life, to believe in and obey Jesus and to be His witness in this world.

Yet, many, even in the church, are not paying attention to what God is saying. The false gods of pride, wealth, fame, self, sex, and greed are being worshipped everyday, both inside and outside the church.

Those who claim to believe in Jesus, must listen to what God is saying. They must turn away from sin and follow Jesus with all of their heart, mind, soul and strength. This can only be done when they are listening.

Have you heard what God has said? If you have heard are you listening–obeying God’s word?

At a minimum God has called you to be separate, to turn away from all sin, to obey God’s word, and to be His witness. No matter where you are in this life in your walk with God, there is always room to grow and do better for God. There is always more to listen to and obey.

Do not be like the Israelites and most of the world and not pay attention to God, His word and His servants.

All the verses used on this blog prior to January 1, 2023 are from the New International Version unless otherwise stated. The copyright of this is: THE HOLY BIBLE, NEW INTERNATIONAL VERSION®, NIV® Copyright © 1973, 1978, 1984, 2011 by Biblica, Inc.™ Used by permission. All rights reserved worldwide.

All verses used on this blog January 1, 2023 and following are from The Holy Bible, New King James Version, Copyright © 1982 Thomas Nelson. All rights reserved.