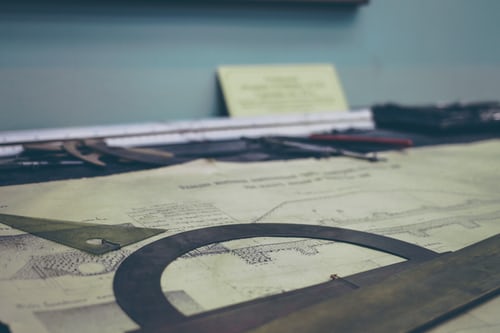 Plans are made everyday by millions of people all over the world. Some are short term plans, such as just for that day, while others are long term plans looking out over a period of twenty or more years.

Some of those plans actually come into full being, while many end up on the shelf, forgotten or ignored. Complications and circumstances often get in the way of the plans and many give up.

There are some people who are known for making plans, but never fulfilling them. They always quit for some reason or another before fulfilling them. While a few people will usually fulfill their plans and can be trusted to do so nearly every time.

Isaiah had been speaking about God’s plan to bring Babylon down when he quotes God. God promises that what He has planned, He will do it.

The greatest thing that a believer has in God is that He is trustworthy in what He says. One can stand on the promises of God. If God says He is going to do something, He will do it.

Throughout the Bible God has said that there are many things that He will do for those who believe in and follow Jesus. While many believers know these promises, there are also many who do not always believe them. God does not appear to be working fast enough and so they feel God is not going to fulfill His promise.

Standing on God’s word as truth is the greatest thing a believer can do. He can rest assured that God will do as He has promised. Grace and forgiveness will be given. Provision will be made. Salvation will occur. Jesus will return. These are just a few of the plans God has made and He will fulfill them.

You can have the assurance of God’s word to you. God will never fail in what He plans to do in your life or in the lives of others.

Instead of having fear or feeling that God will not do as He has said, trust Him. Lean on His word as fact. God will fulfill His word to you and to this world. It is only a matter of time before it is complete.

Thoughts from the Land of Slow Living