For each person the type of comfort food can be different. Some like chocolate or other types of sweets, others like salty foods, and yet others may like some pasta or breads. Each person is unique in their desires.

Jesus had skipped a meal to help a Samaritan woman. He told the disciples that His food was to do the work that God, the Father had sent Him to do.

While the world looks to temporary things to find comfort and fulfillment in their lives, believers must look to eternal things. Physical food meets a temporary need. It fills the belly for a short while, then fades away and more is needed.

Every believer is to hunger and thirst after the things of God. Doing what God desires will fill a person with more comfort and satisfaction than eating any food that this world can ever offer.

God has given every believer the assignment to be a witness and make disciples. Each time a believer brings another person to believe in Jesus, he will find fulfillment and comfort that will last for eternity and do more than any thing else.

When a believer is chooses to not do what God desires, he will find himself hungry and thirsty, never being satisfied or fulfilled. As he does God’s will, all the temporary feelings and desires of this world will fade away, being replaced with the eternal.

You may be hungering or thirsting for something and have been looking to food for meeting those desires. Change your focus from the temporary things of this world to the things of God. There is nothing more satisfying and fulfilling than doing what God wants.

Allow God to meet all of your temporary and eternal needs to be met by doing His work. 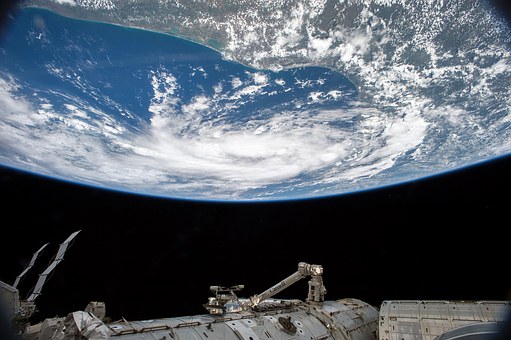 That night God appeared to Solomon and said to him, “Ask for whatever you want me to give you.” 2 Chronicles 1:7

Most people would like a blank check given to them to get whatever they want. They want to be able to write in the amount they want and know that it will be given. They dream of the genie in the bottle to grant their very wishes and desires.

God had did this very thing to Solomon. He appears to him and tells Solomon that he can ask for whatever he wants and he will be given it. It was a blank check given by God, Himself.

Many believers have read this passage and often dreamed of God doing this for them. Often this is done out of personal greed, desiring things for self, and not for the greater good.

Yet, many people forget that Jesus had made this same type of statement several thousand years later. He had stated that whatever one asks in His name, it would be given. This is a type of blank check.

God could see Solomon’s heart at the time He made the offer. He knew that Solomon would make a good choice. Solomon did not make a selfish choice for his own benefit, but one that would benefit the people as a nation.

Go through the Bible and learn what God’s heart is about. What is His desire for you and all believers? Align your life and heart to that of God’s and you will ask things of God that line up with His desires. Then ask God and see how God works great things in and through you to build His kingdom.

At Gibeon the LORD appeared to Solomon during the night in a dream, and God asked, “Ask for whatever you want me to give you.” 1 Kings 3:5

One of the wishes of many people would be able to ask someone or something for anything that they want and that they will get it. Many stories of have been written over the years of people finding a magic lamp with a genie in it. The genie comes out and offers three wishes to the owner of the lamp.

Some of the owners struggle as to what to ask for, wanting only to get the best thing possible, not wanting to waste a wish. In the process of asking, sometimes the owner likes what he has been given and other times regrets what he was given. The genie gives the request whether it is really a good one or not.

Although genies are not real, God is. Once Solomon had become king of Israel, God came to him one night and allowed him to ask for whatever he wants, and God would give it to him. With some thought, Solomon chose to ask for God’s wisdom in his life.

Over the years since that time, many people have desired God to ask them that same question. They want God to give them the same proposal to ask whatever they want of Him. Most are forgetting that Jesus had said the same thing. He had stated that those who believe in Him could ask of anything according to His will and they would get it.

That request to ask for anything has never been changed or rescinded. God still loves to give His people what they ask for. However, the question is what will people ask for?

Often people ask for wealth or things to benefit themselves. It is all about self, rather than God and His kingdom.

Believers are to be focused on God and building His kingdom first and foremost. The things that they need to ask for should be to that effort.

You have the opportunity to ask God for whatever you want. What is your heart’s desire to have?

Solomon chose wisdom. It was about serving God and the kingdom God had given him. What will your choice be?

Will it be like the majority of the world, something for self?

Or will it be something to honor God and build His kingdom?

Ask God today. He is waiting.