Thanks be to God, who delivers me through Jesus Christ our Lord! So then, I myself in my mind am a slave to God’s law, but in my sinful nature a slave to the law of sin. Romans 7:25

No one likes to be considered a slave. Everyone loves his freedom, freedom to be himself, think his own way and do his own things.

Yet, most people are bound to others in some form of slavery. The worker binds himself to the employer. The citizen binds himself to his government and all governmental authorities. Each one has to obey someone else or suffer consequences.

Once a person becomes a believer, he suddenly comes into a major conflict in his life. He knows that he wants to obey God’s laws and live according to God’s ways, but at the same time he continues to follow sinful ways and habits.

Too many believers throw out God’s law, seeing it as legalism and holding onto grace alone. Living like this, they allow themselves to continue to be a slave to sin and continue to live in sinful ways, believing God will have grace upon them.

Living in this way, does not show one is striving to live for God. He is not allowing Jesus to deliver him from the slavery of sin, but remains in bondage.

Jesus has provided a way to turn away from sin. He removed the chains of sin upon the lives of a believer, setting him free. The sinful nature will still desire to turn back to sin, but the heart and mind will strive to live for God out of gratefulness of what Jesus has done. You may find yourself struggling with some sin.

Turn your focus upon Jesus and what He has done for you. Allow yourself to be a slave to God’s ways of living, rather than to the sinful ways of this world.

Do not try to live for God on your own, but be filled with His Holy Spirit to guide and strengthen you. By His Holy Spirit you can be changed from the inside out, becoming a slave to His righteousness and not to sin. 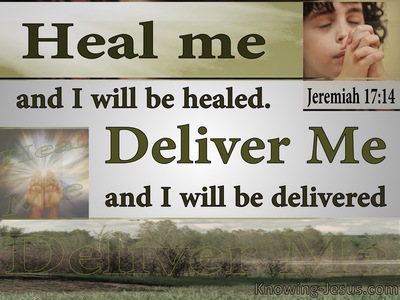 “And praise be to God Most High, who delivered your enemies into your hand.” Then Abram gave him a tenth of everything. Genesis 14:20

People have victory in situations in their lives every so often. They are able to win a battle, get promoted, overcome a sickness, or some other struggle in their life. As the victory occurs, most people look to themselves as having accomplished the feat.

They look back on all the hard work that they had done to gain the victory over their situation. The larger the battle, the greater the victory. There is often a lot of pride in one’s self for gaining that victory. Many will also claim that they got lucky or had good karma in order to have that victory.

Abram had been told that the King of Sodom and several other kings had invaded the land of his nephew Lot. He went in to rescue Lot and his people from the other kings. Abram had won the battle.

Melchizedek blessed Abram, but also stated that God had given Abram the victory. He praised God for delivering the enemies over to Abram. Abram also gave God the praise for the victory, instead of taking the praise himself.

Most people will take the praise and credit for the victory themselves. They will be quick to point out what they did in accomplishing that victory, without recognizing where that victory came from.

Believers are also known to take this praise from God for themselves. While it is true that a person did some of the work, they are not acknowledging that God gave the victory. Without God’s strength, provision, and favor, no person can win any battle.

A person does not have any power or abilities in and of himself, it is only by the power of God that a person even lives at all. God sustains all life, and is the One who gives victory over every situation.

There may be battles in your life that you have found victory. Give God the praise for giving you the victory over that enemy, whether it is a person or some other enemy in your life.

God still delivers His people from the hands of the enemy. That enemy may be a person, a thing, or a sickness. Ultimately the real enemy is the spiritual forces in this life, yet, God can deliver all enemies.

Give God praise for victory today.