Because of this I will weep and wail; I will go about barefoot and naked. I will howl like a jackal and moan like an owl. Micah 1:8

Micah was talking about going around weeping and wailing. He would also humble himself before everyone because something was happening. That something was that God was destroying the nation of Samaria and the city of Jerusalem. Jerusalem had been the pride of the Israelites and the center of worship of God, and now it was being destroyed. The entire reason for the destruction of both was the sin of the people against God.

Sin is something that is a part of every person’s life. Every one is guilty of sin. Nations are filled with people who are guilty of not only sinning, but also promoting sin and sinning on purpose. Every nation has groups of people who reject God and refuse to follow Him.

Part of the reason for the level of sin in a nation is due to the level of commitment by believers to spread the gospel message and God’s great love. Many believers take a blind eye to the sin going on around them, or may even partake in the sin themselves. Others will see the sin and all they do is talk about condemnation, refusing to show God’s love and forgiveness that is available. Either way allows for sin to grow.

With rampant sin, God will have to judge. This is especially true when sin is accepted among His own people. Individuals in churches and many churches themselves, allow for sin and do not speak against it.

Micah was weeping and wailing because of all the sin that he saw among the people. He knew that God was coming in to destroy them because of the sin. It hurt his heart to see that happening.

When you look at your own life and see any sin in it, how does it make you feel? If you are just acting like that is a part of life, you should feel horrible, moving away from God. It should break your heart.

As you see sin in those around you, how does it make you feel? It should break your heart, causing you to weep and wail for those who are lost.

Take time today to tell someone about Jesus. Point them to the way of the truth and real life so that destruction will not occur. 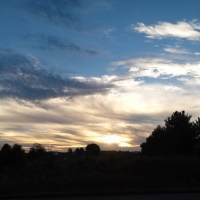 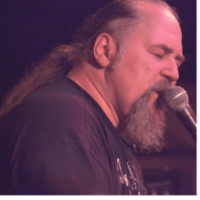